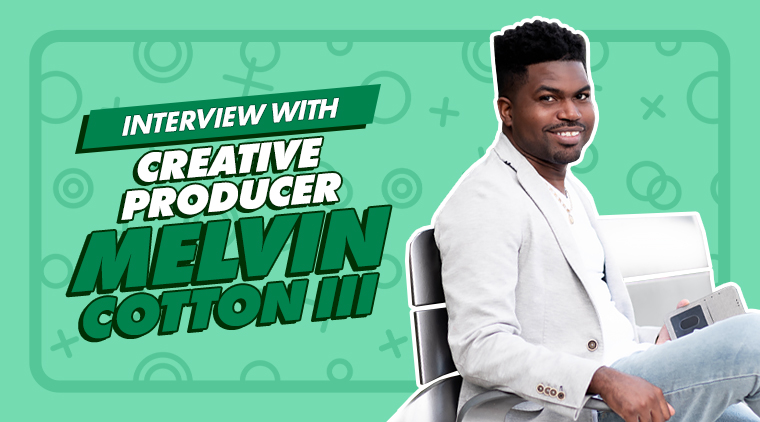 How did you become a casting professional? What's the backstory here?

Technically, I’m not a casting director. I’m a producer but when/if necessary, I will cast for my projects. As I’ve grown in the film and entertainment industry, I’ve learned it’s important to have understanding in all areas of production on film sets. When I first started my career, an older colleague of mine gave me some valuable advice: “You don’t have to know everything or be a know it all, but you need to know a little bit of everything to be Dangerous”.

To me that meant knowing enough about every area of production to where if needed I can step in and perform the role with excellence. This came especially handy when I’ve worked on smaller sets with smaller budgets. Knowing enough of each roll allowed me to be a more versatile producer which gave me value and opened the door for more opportunities. Now as I work in a full-time producer role, I can better understand those who work with me and around me in other roles; and this helps me better manage film/TV productions.

Which casting calls or roles were the biggest challenges for you and why?

I think the most challenging roles to file are roles where I need actors/actresses who can fluently speak multiple languages and/or multiple accents. It’s important to me to work with all kinds of actors/actresses, (different cultures, races, backgrounds etc.) because I want my content to reach and speak to all people. It’s important for my audience to see themselves on screen. I also love to learn from the talent I work with. I love seeing how different actors/actresses from different backgrounds bring my stories to life and positively impact people.

How do you spend your free time?

I spend my free time with my wife and son. They are the most important people in my life. God has Blessed me with an amazing wife who supports my dreams and visions; and I have an amazing energetic son who is full of life. As much as I love what I do for a living, nothing compares to being with these two people. Family time with them is so refreshing. I Love you Babe and son!

If you had to choose an actor to play you in a biopic, who would you choose?

To be perfectly honest, I’m not sure. And honestly, I wouldn’t want to be the person to pick the actor to play me. I think inherently, when that question is asked, immediately my/our minds go to the best actors on the “A” because I/we want to be portrayed in the best light. But truthfully, I’d rather my wife or close friends pick the person because they know me well, and most importantly I can see how the outside world views me.

I believe I’m a great person as most people do, but I’m more interested in seeing if I’ve become the man I aspire to be. A good husband, father, son, family member, friend, neighbor, etc. And If I’m not, then work to become that, but If I am continuing to get better and most importantly pass these qualities down to my son and next generation in my family.

What’s your most exciting project?

I think the most exciting project has been and still is the inspirational cooking show my work and I created called “Faith & Food”. Not just because it’s the first cooking show of its kind; something that hasn’t been seen on television; but because I get to share my dream with my wife. We both created this show together which makes it so special and exciting to me.

What’s the most memorable audition that you’ve been a part of?

The first one I ever had the privilege of being a part of. Simply because my dreams of working in entertainment as a creator and producer were becoming a reality. Reflecting on that moment allowed me to see how far I’ve come in my career, and even during that moment it allowed me to remember as a kid all those big dreams that seemed so far out of reach now in my grasp.

What are the typical mistakes actors make in the casting process?

Not taking each opportunity seriously. No matter how big or small the opportunity is, you should take it seriously and put your best foot forward. When working on smaller projects, I’ve seen talent (and even crew) sometimes submit what appears to be thrown together audition tapes or in the case of crew personnel seeking to work on set appear to be disinterested in the opportunity because it’s a smaller production.

When I first started every opportunity (including non-paid jobs) I received, I always treated it like a major opportunity. Why? Because that job was my audition for my next job. I’ve received word of mouth jobs from supervising producers who just loved my work ethic and asked me to be a part of a project they were working on. Sometimes there were others who were more qualified than me, but I was given the opportunity. It doesn’t matter how big or small the production is, you should always give your best, put your best foot forward and treat it like it’s a multi-billion dollar project you’re a part of. Integrity is everything in this business, and that starts before you land your multi-million-dollar opportunity.

How can they improve their chances of getting cast?

In my opinion, this goes back to integrity in the job and always putting your best foot forward.

What should aspiring talent know before they apply to your casting calls?

Integrity is number one. Always put your best foot forward, and one thing to always remember is if you receive a No today; brush it off and keep pushing forward. Don’t allow one person’s negative opinion about you to shape your career. There is always room to learn and grow. Eat the meat and throw away the bones - take the good parts (the constructive criticism) and use it as motivation and apply those changes to get better. Always remember - just because you didn’t get the part means the part wasn’t right for you (not that you weren’t right for the part). Keep that perspective and keep pushing to make your dream a reality.

What would you suggest to other people who are seeking talent?

I would say to producers, directors, casting directors - please be open to sometimes changing the part to fit great talent. There have been times where I’ve come across really good talent that didn’t quite check all the boxes for a part, but my team and I made tweaks to the role in order to fit the actor/actress. In doing this it's important not to interfere with the integrity of the film/script, but a slight adjustment to fit someone really good should always be up for discussion amongst the supervising production team.

What do you think any casting professional needs in order to succeed?

This question could encompass a multitude of things, but one thing I think is essential is the desire to positively guide an actor/actress (especially when they are young). Being a part of helping make someone's career is most fulfilling. Guiding talent while they are on my set to becoming their best selves as an actor/actress is a joy. I think it’s important to have a teacher’s qualities, because my goal is to support and then eventually be a cheerleader for those actors/actresses who I work with, as they go on and do bigger things in their career after we work together. Developing good relationships with people and being more than just a boss to them on set, but a supporter of their career.

How do you notice the difference between aspiring talent who can “make it” and those who can't?

One thing I’ve adopted is to never deem anyone bad talent or someone who can’t make it. The difference between a good actor and a bad actor is work ethic in my eyes. How much time do you put in working on your craft? Are you studying actors in films or just simply watching movies? Are you actively seeking out audition opportunities to test yourself? All of these things are just some ways to get better. It doesn’t matter if you bomb an audition or perform terribly going out for a role, to me, it is how you recover, get better and then come back. There have been actors/actresses I’ve passed on for roles who came back better to audition for another role. So for me, it’s an actor's work ethic, especially those who I’ve had the privilege of auditioning more than once.

If you're a casting director or producer looking to get interviewed, send us an email at concierge@kidscasting.com