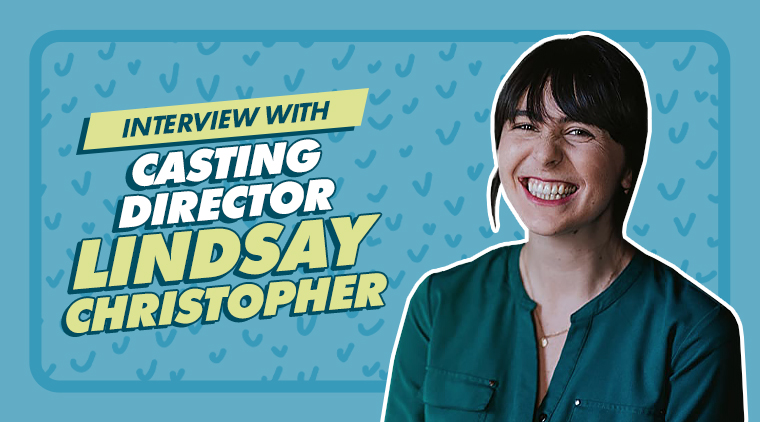 Welcome to the Spotlight. In this weekly series, we sit down with prominent casting directors, producers and talent to discuss the entertainment industry, as well as provide some insight and advice for actors in their quest for the limelight. In this interview, Lindsay Christopher, Casting Director of castingmaster.ca tells us about her journey to becoming a successful Casting Director, and shares some important tips for talent seeking to nail their auditions.

How did you become a casting professional? What's the backstory here?

I started working in Canadian film & television when I was a teenager; the same year I went to my own prom, I also graduated from Degrassi, Schitt’s Creek, AND My Big Fat Greek Wedding 2! I made friends fairly quickly and I noticed that everyone had an alternative goal; some wanted to be full time actors, others directors, producers, musicians, etc. I didn’t have a predetermined goal but I knew I liked conversing with talented individuals, and like that, a casting professional was born!

First, an old friend and indie filmmaker reached out asking if I could connect him with some actors for a shoot and I did. Another friend asked me to do the same … and pretty soon I was holding auditions! The first film I took through sessions premiered at the Cannes Film Festival which set my career on a great trajectory. My name was passed around through indie circles and I have had the privilege of working on some fun short films and music videos.

I started as an intern for a commercial casting company soon after. I worked my way from volunteer Social Media Manager through Casting Associate, Casting Producer, and I held the title of Production Manager right up until COVID began.

At that point, I enrolled in my Master of Digital Media, where I focused my studies on identifying long standing issues in the casting process and suggesting modern tech solutions, using social media and dating apps as inspiration. I have a workable prototype backed with over 100 pages of research and I’m so excited to see where this path leads.

Which casting calls or roles were the biggest challenges for you and why?

A lot of the work I’ve done has been “real people” style commercials and I love telling the story of having to find identical twin sisters where one was able-bodied and one used a wheelchair. I think it’s pretty self-explanatory what was difficult about this task - but we did it & the sisters we found were incredible.

The toughest projects for me, from an interviewing perspective, were the Gillette Venus “Things Have Changed” and “My Skin. My Way.” campaigns. They are both extremely female forward, with almost all girl crews. We cast out trans women, women covered in tattoos, mothers with caesarean scars, and breast cancer survivors who had mastectomies, ladies with stretch marks, acne, birthmarks, and beyond! The love and support throughout the whole project was amazing, though the sessions were very emotional. 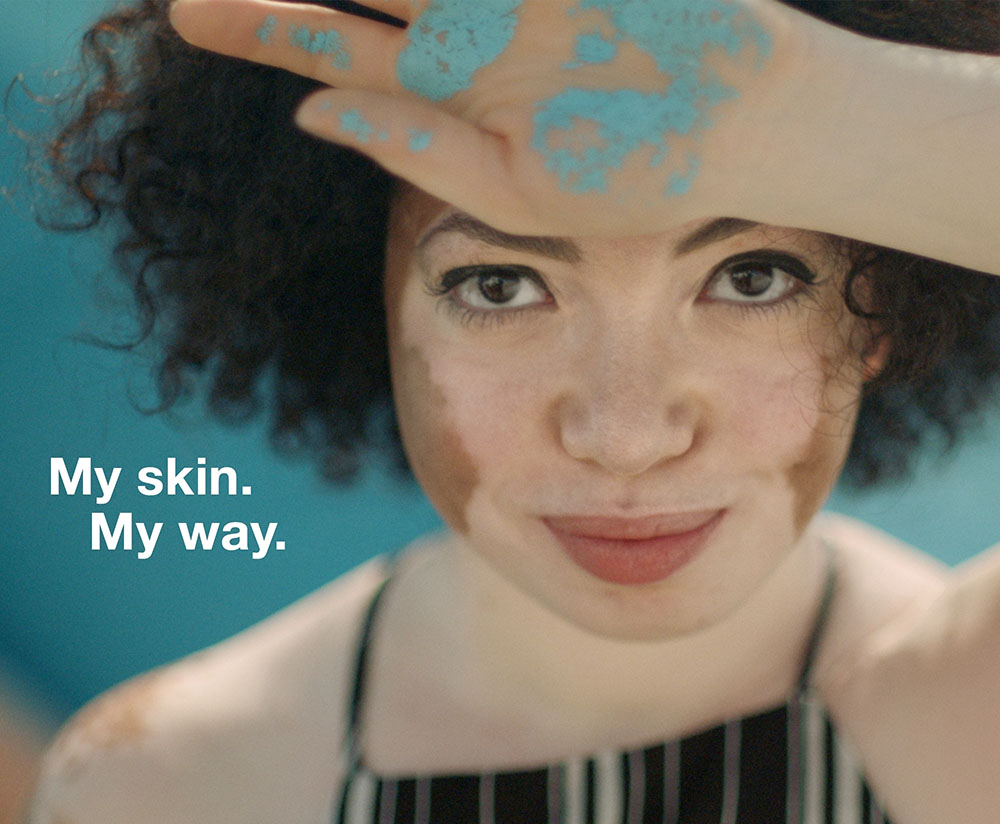 The Gillette Venus project changed my life more than professionally. I had an honest discussion with one woman who was auditioning for the role where she told me her biggest regret was not being comfortable enough with herself to notice and act on the early signs of her illness; this prompted me to act on a sneaky suspicion and it kickstarted a 2+ year journey where I was biopsied for cancer three times. Thank goodness, it came back negative.

How do you spend your free time?

I have a one year old pup named Miss Lucille Bark, but I just call her Hound Dog, with LOTS of energy! We hike, run, and mostly meander around. You can catch us at the local dog parks or soaking up the sun on King St. patios.

I also really love paddle boarding - with Hound Dog, of course - and I am an ex-figure skater so I always try to get on the ice in the winter time. I also love yoga and poetry and coffee and wine.

If you had to choose an actor to play you in a biopic, who would you choose?

I always answer this question with Andy Samberg, just because I feel like we have similar goofy vibes, and I love him, however I will take it more seriously for you. To be honest, it would be offered to Sutton Foster first. I am half her age, yes, but I’ve seen Younger and I believe she’s 24.

If the film was about my love life, I think Megan Fox could play a wicked-sexy version of me. Think Jennifer’s Body but less man-eating.

If the film was showing my more humble roots, Bailee Madison would be a great fit, I think.

And if the film was about my creative life, I think Zoe Deschanel could just reprise her role as Jess … but change it to Linds and add in a few swear words.

I’m on vacation! A break!!! I just wrapped up on Family Feud Canada season 3 AND graduated from X University’s Master of Digital Media, where I focused all of my research on the audition process, so I am taking a well-deserved snooze!

What’s the most memorable audition that you’ve been a part of?

I’ve had some really great ones; for Family Feud Canada, I was greeted by Newfoundland Mummers! I’ve seen people do backflips and bounce off walls. One time, a very tall scraggly man that I would not have pegged for an Opera singer took our breaths away!

Probably the most memorable though, would be the audition we had for one of the women we cast in the Gillette Venus ad - casting was in Toronto, speaking English with an ASL interpreter, production was in Mexico, speaking English, and talent was in Austria, with an Austrian Sign Language (ÖGS) interpreter. And she booked the role!

What are the typical mistakes actors make in the casting process?

Being stuck in their character or not being able to follow the direction. When actors have lines prepared, they tend to figure out how they want to play the character as well. Sometimes we like it, sometimes we don’t, but we’re really looking for someone able to show us variety in the way they read it and who is actively trying to meet the notes given.

Another mistake I see a lot is people believing they are the perfect fit for any role. Even the best of actors have limitations; it’s important to know your strengths and weaknesses, especially at the start of your career.

To go along with that, having too big of an ego (especially towards casting professionals). I’ve had up-and-coming actors tell me to my face that non-speaking roles are the bane of their existence and that they would NEVER knowingly audition for SOC roles; I’ve even had actors chastise me for mentioning I’ve previously auditioned and booked them for SOC projects because they did not others knowing they would take such work. I have not seen that actor booked in any projects since; auditioned by myself or elsewhere.

Make sure you read all the requirements and specs before applying, follow the instructions for application and self-tape/audition, be authentic, honest, and respectful, be reachable for follow-up questions and we always appreciate speedy email replies.

Be understanding that decisions take time and we will make sure we are in touch with you, if we’re interested, there is no need to follow up or ask when decisions will be made.

What should aspiring talent know before they apply to your casting calls?

I believe in responsible representation, not just diversity, and strive to provide equitable opportunity to talent of all backgrounds. My auditions are always a safe space for talent, all projects are queer friendly and anyone who identifies with the charcters’ specs is welcome to apply.

If you have a quick question you want to ask before applying, you can reach me quicker through @casting.master on Instagram.

What would you suggest to other people who are seeking talent? What are the typical mistakes people make when searching for talent?

One mistake I see is investing time into people who are no longer interested. In real people casting, specifically, you get to a point where you need to adjust the creative and move forward.

Get creative when you’re searching! Some casting professionals put the call out and wait for talent to surface … but that’s not where I’ve had success. With a little digging, you can unearth talented individuals all over the place that don’t know where to begin and are waiting for someone like you to find them and collaborate.

What do you think any casting professional needs in order to succeed?

To cast in general, it helps to start with a base understanding of acting and production. It’s important to know what the production team is looking for both in terms of looks and emotions, as well as physical mannerisms and restraints. And understanding the actors' process is beneficial when you go to disseminate the production information.

You also have to have a keen eye for nuances and the ability to read people.

How do you notice the difference between aspiring talent who can “make it” and those who can’t?

If I could pinpoint connections between successful people that I know, I would say it’s that they are confident, understanding, and are striving for improvement. If you are able to portray these three character traits, I don’t know many people who wouldn’t want you around.