How much do child actors get paid? 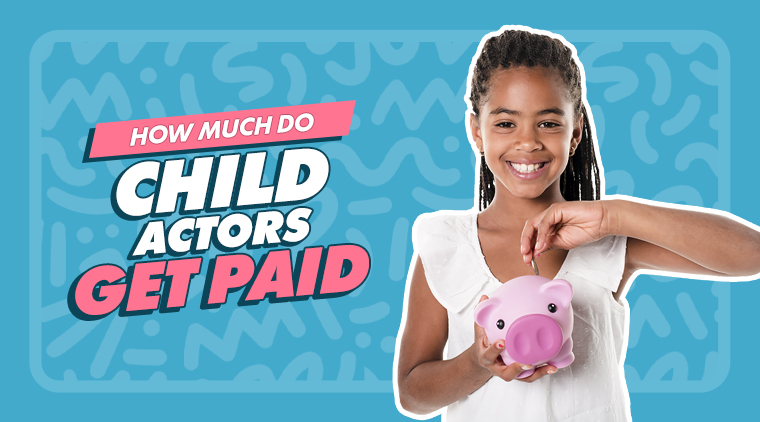 Ain’t no biz like the showbiz, they say. Indeed it’s true because no other industry has legal and official child labor quite like this. One of the most common curiosities regarding children in the acting business is their wages.

1. How Much Do Child Actors Get Paid?

Children go through auditions the same way as adult actors. This shows in the way their wages get calculated as well. For one 30-60 minutes long episode in a TV show, the child actor can get paid about $1,000. A weekly rate is usually around over $3,500. Similar daily rates for wages also are paid to child actors for starring in commercials. For motion picture films, child actors once again receive about the same rates, but these numbers can be affected - also in a lucrative way - by the budget of the project. Just know that movies can be trickier because sometimes wages arrive only when and if the movie gets sold to a distributor. Live stage work gets compensated similarly too but still at a slightly smaller rate. On Broadway, the child actor can hope to receive about $2,000 per week, which would normally be the standard eight shows in seven days. Of course, the lesser the scale of the theater, the smaller the received payment will be.

Of course, these are the average numbers. If you and your child wish to dream big, you can easily compare these wage rates to what the highest-paid child actors receive.

But no child actor has ever been paid more than the Netflix hit series Stranger Things star, Millie Bobby Brown. In 2019, three years after her debut in the role of Eleven, her salary per episode was the same as her adult co-stars - $350,000!

Also Read: How to Get Auditions for My Child

2. Do Child Actors Have to Pay Taxes?

Yes, if the child actor receives payment for his or her work in commercials, TV, film, or stage, they are also subject to payment of taxes. The amount of earnings that must be paid in taxes usually is from 18% to up to 40%.

3. Who Gets the Money When a Child Actor Works?

If you thought that parents always get all of the money while the child does all of the work, think again. By the laws in the states of California, Louisiana, New York, and New Mexico, every minor who gets hired in the show business industry is automatically given a Coogan trust account with access to it for no one except this one particular child. And even the young actor has to wait until his or her 18th birthday before receiving access to the funds.

The sum that automatically gets sent to this trust account is 15% of the gross amount earned.

In the four aforementioned states, all of the earnings are considered child actors only. In the rest of the country, their wage comes into the hands of the whole family. Whether to spend it yourself, or save it for your child’s needs now or in the future, e.g. starting a college fund, is up for your own interpretation by most of the state laws. Just keep in mind that come to the legal age your child could have the legal grounds to sue you if he or she feels their earned salary was mismanaged.

However, giving the children's acting career a start often means financial sacrifices from the parents' side as well. From singing and dancing courses to paying for photoshoots, to even simply driving the young aspiring actor to auditions, the moms and dads remain in the background but most definitely do their part in helping their child reach success. It’s not necessarily black and white when it comes to how to deal with the kid’s earnings after the taxes have been paid.

Also Read: How to Dress Your Child for an Audition

By the way, the previously mentioned law in four of the states was named after one of the first Hollywood child stars, Jackie Coogan. He started a precedent when he sued his parents for the misuse of his earnings. The result was the California Child Actors Bill, better known as the Coogan Act - the first known legal protection for the earnings of child performers.

Hopefully, you won’t ever repeat the Coogan family's mistakes and financial disagreements won’t ever come to that between you and your young performer. During this adventure of the acting world you’re taking together, be respectful and always keep your child's needs in the first place.